SHOCKLORE interview on Backstage with Spike

The band sits down with Spike for an hour of Music and foolishness! 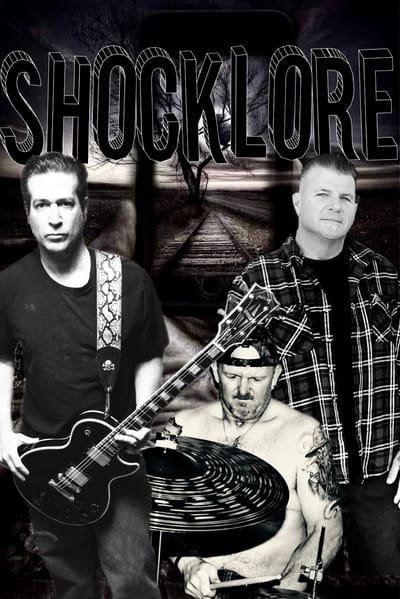 Interview #2 on Back Stage with Spike 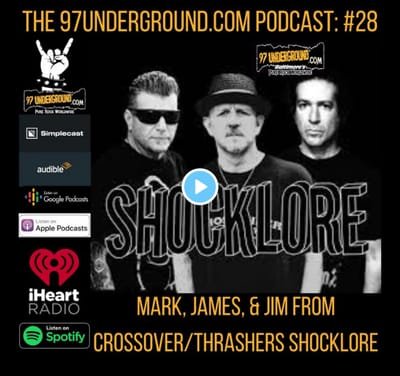 The boys sit down with Evil Scott from 97 Underground radio 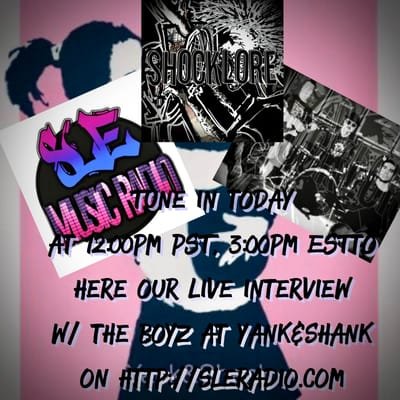 Chicanery from bombs to bullets 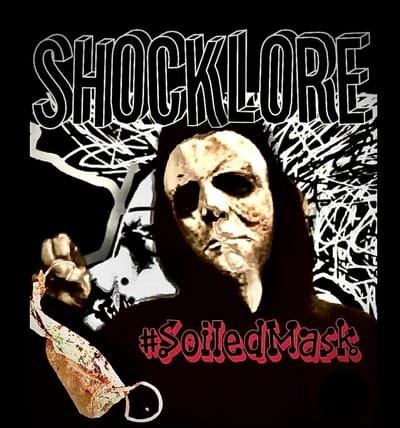 Tim does a brilliant job as usual! 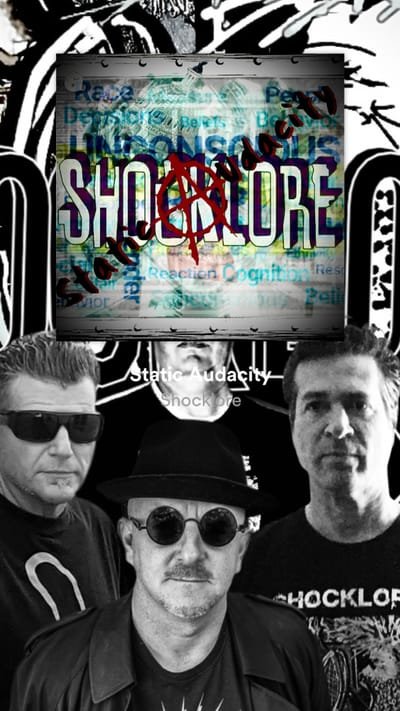 Band Interview on The MoshPit Podcast

SHOCKLORE met with The Real Sound Chick and friends for an hour of degenerate chicanery you won’t wanna miss!! 🤘🎶🤘 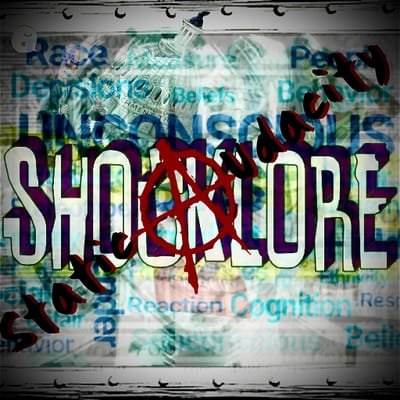 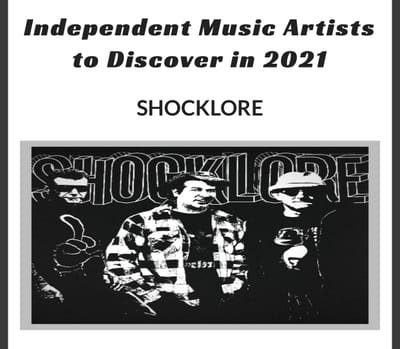 Tim from Forkster again provides a great look into who, what, and where for SHOCKLORE. You don’t want to miss this! 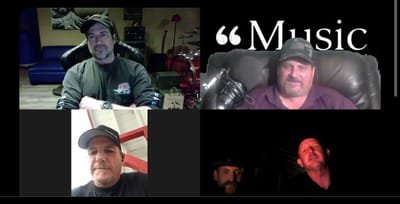 Big Mike on The Mic interview with SHOCKLORE

Big Mike and the boys talk politics, music, and more!! 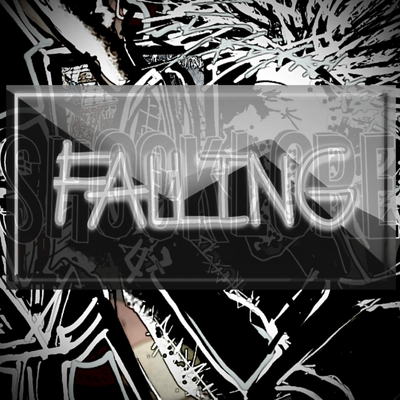 Big Mike on the Mic review of Falling video 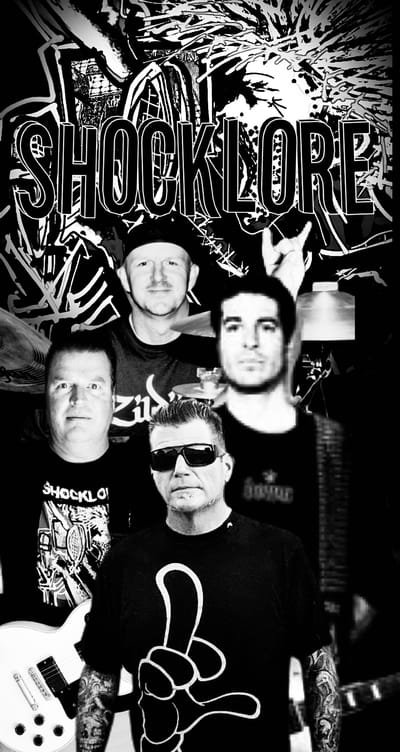 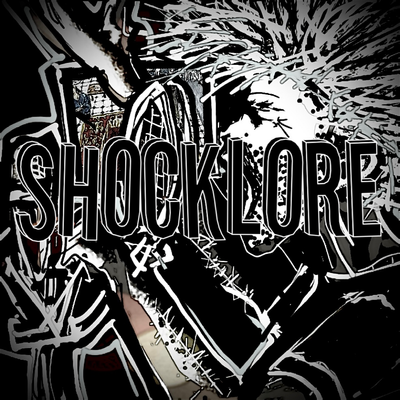 Review of 4 songs by Flare Magazine 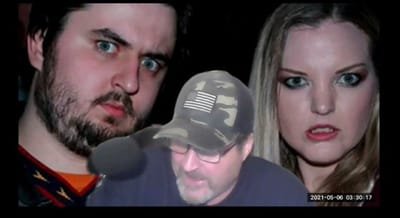 Big Mike on the Mic review of Soiled Mask 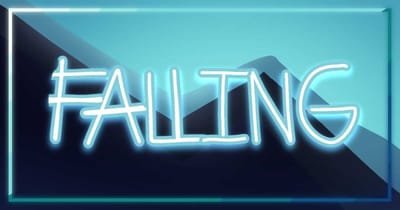 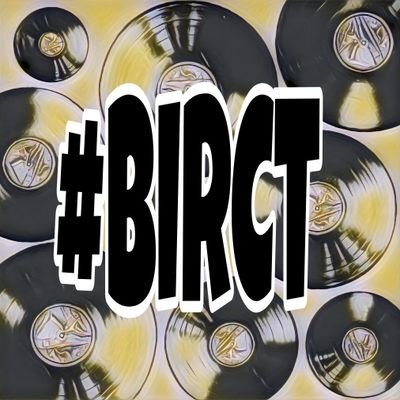 @BreconIndie @rubberclowncar #BreconIndie #Consultant #Team #Genius @rubberclowncar #RT “Fans of thrash and hardcore should like this one. Crisp production (especially on the drums).... Vocals hold back at points where other bands may have resorted to sheer bombast to get their point across, which is refreshing.” Shocklore Will If like me you happen to have been lucky enough to have been born & raised in the generation where X marks the spot then Will by Shocklore will most definitely strike a ( power ) chord in your heart. Kicking off with fretwork so frighteningly fantastic it’d give anything Dave Mustaine managed to muster et ‘ Rust in Peace ‘ era Megadeth a right royal run for his Benjamin’s. All the while being driven by Fugazi esque lo fi bass & fuzz Unafraid & unabashedly accompanied by a drum beat driven by lashings of the ol double kick Will then manifests itself into something all aficionados of Black Flag & Sir Henry of Rollins WILL all appreciate. A definite devil horn from me in the direction of Shocklore. I can say for this band Generation X most definitely WILL mark the spot. Falling On the subject of Fugazi let’s now move on to Falling also by Shockwave & taken from their recently released Shocklore Vol 1 ( remastered ) record this tune is pure stoner rock & DC Hardcore inspired awesomeness. Driven by the same double kick drum that Shocklore seem to have made a calling card of their post industrial post hardcore lo fi scuzzy sound. This tune literally grabs you by the scruff of the neck & beats you into submission with a soundtrack of Melvins / Black Flag / Fugazi infused musical chaos. What’s My Genre ( Bonus Track ) Fans of Pissed Jeans will certainly appreciate this little gem of a tune billed as a bonus track on the Shocklore Vol1 record. As brutal as the aforementioned noise core rockers above this track as all the Shocklore album is chaos set to music. If you actually have the stamina to get to this track then you will surely be rewarded. SHOCKLORE VOL 1 - Album Overview ...if you are a Generation Xer or actually anyone else who would consider themselves a fan of alternative rock then Shocklore Vol 1 ( remastered ) is definitely a record that’s gonna get you dusting off your converse before heading down to the skate park cos hell if you’re gonna have a midlife crisis you might as well do it in style & this record most certainly does that. A must for fans of Megadeth , Melvins , Black Flag & Henry Rollins , Dead Kennedys , Master of Puppets era Metallica , Bleach era Nirvana and Fugazi. Shit with bands like Shocklore around there might just be some hope for music yet.......8/10

Current Ace Tune Carries Huge Thrash Metal Rock Fury! Declared as a TOP 10 Hard Rock ‘Song for 2020’ at FORKSTER WATCH The Video PREMIERE for “IN YOUR FACE” Too by SHOCKLORE! 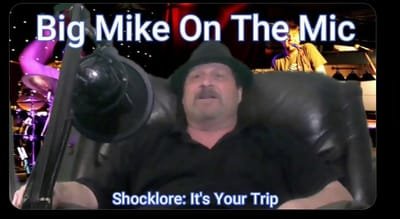